[WEDNESDAY 20 NOVEMBER 2013]
I spent the morning collecting together vital equipment and items in my grimey garrett/loft-studio. Progress was hampered when a curious robin came in to look around - yep, before I'd even left, a new prospective tenant with an eye on my place

This is the mess I left behind after all my churning and rooting around. 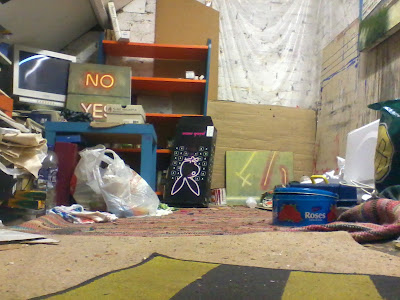 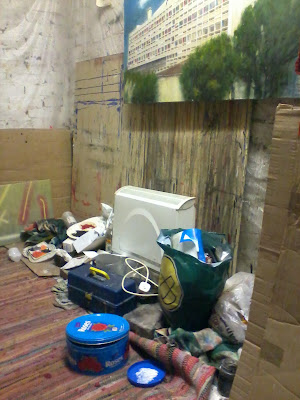 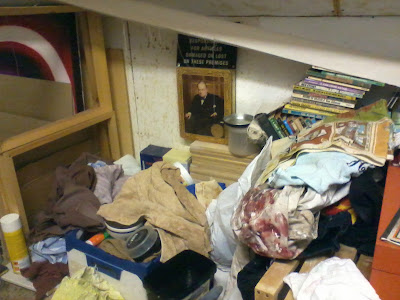 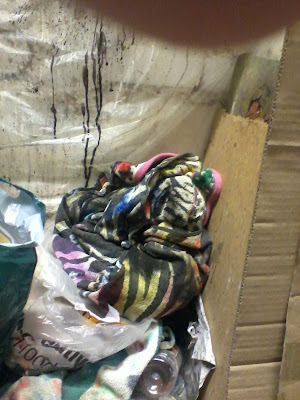 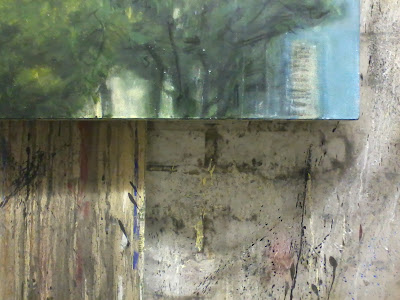 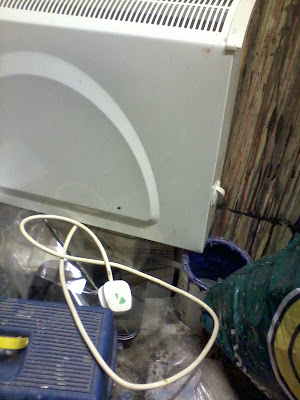 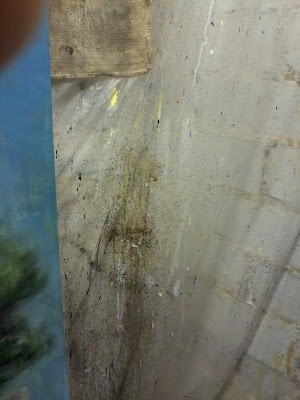 Goodbye window-less, ventilation-less loft, we've had some heady times - mainly due to the solvent fumes having nowhere to go...

By evening I had signed the contract and dumped everything at my new space at Blank Studios which occupies a converted end-of-terrace house in one of those, rapidly vanishing, liminal zones on the edge of Brighton and Hove. 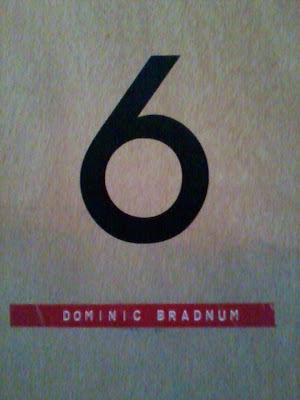 [SATURDAY 23 NOVEMBER 2013]
In the afternoon I organised my belongings and made my new space my own - I sense this will be an ongoing and changing thing for the first month or so. 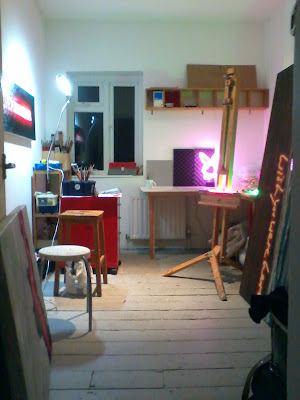 I also found time to do a spot of your actual painting, returning to that elongated '...RUGS&...' canvas (or 'neon for a wig shop' as I referred to it later) - my first dalliance with brush and canvas since December 2012. It was a relief. And it felt good. 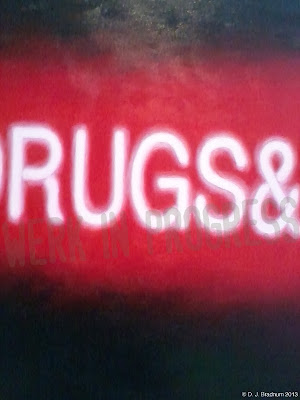 Email ThisBlogThis!Share to TwitterShare to FacebookShare to Pinterest
Labels: Confessions, Crap Photos, Tools of the Artist, Werk In Progress